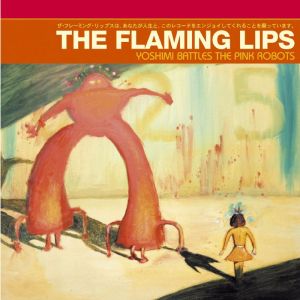 “Wonderfully weird rockers the Flaming Lips have been given their home state’s ultimate seal of approval: The song ‘Do You Realize’ (from the band’s 2002 opus Yoshimi Battles the Pink Robots) has been named Oklahoma’s Official State Rock Song. (Its main state song remains Rogers & Hammerstein’s musical-theater behemoth ‘Oklahoma’; there are also sanctioned picks for folk, children, and country-western songs.)” (Read more)

Now from my point of view it sounds like a pretty sensible choice – if you were to make a shortlist of songs that make me happy every time I hear them the bittersweet ‘Do You Realize’ would be right at the top – but an officially sanctioned state song? I know the Americans have a long history of using popular music in a political context, but it still doesn’t sound very rock and roll to me.

But it did make me wonder. If the Australian Parliaments were to start choosing state songs, what would they be? Paul Kelly’s ‘Adelaide’? The Go-Betweens ‘Cattle and Cane’ or ‘The Streets of Your Town’? ‘From St Kilda to Kings Cross’? ‘Flame Trees’? And what would the dead hand of official approval mean for songs so deeply ingrained in the Australian consciousness? Would it rob them of their magic? Or would nobody even notice?