Ngã Uruora (or The Groves of Life) 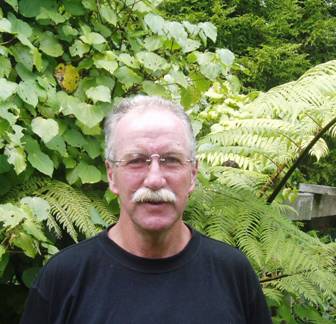 I was deeply saddened last week to learn of the death of the New Zealand ecologist and writer, Geoff Park.

I didn’t know Park, who died on 17 March as a result of a brain tumour, but I did know his work, most particularly his marvellous 1995 book, Ngã Uruora (The Groves of Life): Ecology and History in a New Zealand Landscape, a book I first read after it was pressed on me by Ross Gibson, whose own quietly urgent words about the necessity of coming to understand the landscape we inhabit Park quotes in the book’s introduction.

It’s often difficult to escape the moment, to take the sort of long view which allows one to tell which books and ideas will shape the way we think in years to come, but I think there’s little doubt that Ngã Uruora is one of those books. For while its exploration of the environmental history of New Zealand is ostensibly a small, even parochial subject, it is a book which, in its capaciousness and breadth of vision opens up a new way of understanding the environment, and the deeply complex nature of our relationship to it.

Sadly there doesn’t seem to be any sort of formal obituary to Geoff Park online, but I thought it might be fitting to reproduce a few words which seem to me to capture exactly the quality of attention and generosity which make Ngã Uruora such an important book:

“When you become involved with the landscape . . . it becomes much more than a view. Even to draw a carp, Chinese masters warn, it is not enough to know what the animal looks like, and to understand its anatomy and physiology. It is also necessary to consider the reed which the carp brushes up against each morning, the oblong stone behind which it conceals itself, and the rippling of the water when it comes to the surface. These elements should in no way be constituted as the carp’s environment. They belong to the carp itself. In other words the brush should sketch a life, since a life – like the landscape – is constituted by the traces left behind and imprints silently borne.”