I’m very excited to say I’ll be a guest at Adelaide Writers’ Week in March. The full list of guests, which includes the brilliant John Lanchester, Michel Faber, Joan London, Jenny Offil, John Darnielle, Ceridwen Dovey, Jane Gleeson-White and Willy Vlautin is available on the Writers’ Week website, where you can also check out events day by day or download a pdf of the full program, but you can catch me in conversation with Delia Falconer at 1:15pm on Sunday 1 March and talking about love and apocalypse with Michel Faber and Canadian poet Ken Babstock at 5:00pm on Monday 2 March. I’ll also be interviewing Mountain Goats frontman and novelist John Darnielle about his terrific new novel, Wolf in White Van,  at 5:00pm on Saturday 28 February (an event I’m really excited about).

If you’re going to be in Adelaide please come along; in the meantime here’s Writers’ Week Director Laura Kroetsch talking about Clade a couple of months ago.

Heartfelt congratulations to my friend, Delia Falconer, whose very personal tribute to her home town, Sydney, has been shortlisted for the Non-Fiction Category of the Prime Minister’s Literary Awards, along with Paul Kelly’s How to Make Gravy and Richard McGregor’s excellent study of the Chinese Communist leadership, The Party and books by Rod Moss and Patrick Wilcken.

I meant to write something about Delia’s book when it came out, and while that got away from me, I think it’s a terrific book: startlingly intelligent, idiosyncratic and written with a very striking blend of steel and fluidity. If you haven’t read it I very much recommend you do.

Congratulations also to the other shortlisted writers. I’ve only had a few moments to look at them, but at first glance I’d say two things. The first is that the Fiction shortlist is overtly and unashamedly literary. And the second is that these shortlists are likely to add fuel to the arguments about the under-representation of women writers that were triggered by last month’s announcement of the second all-male Miles Franklin shortlist in a row. I don’t want to suggest Young Adult Fiction isn’t serious writing, but I think it’s difficult not to be struck by the fact that the two shortlists that would usually be regarded as the more overtly intellectual and literary – Fiction and Non-Fiction – each contain four books by men and one by a woman, while the less overtly literary category of Young Adult Fiction contains five books by women and none by men (the Children’s category is rather more evenly split).

But all that said, my congratulations to all the shortlisted authors, and especially to Delia. I wish you could all win, but I guess it doesn’t work that way. 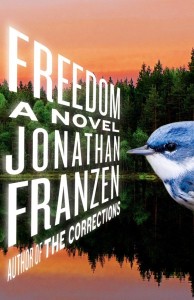 It’s the time of year when people start publishing their best of lists, so I thought it might be fun to kick off a bit of discussion here about what people have (and haven’t!) liked in 2010. Because I review so much this is usually a pretty easy process for me, but in many ways the last twelve months have been a bit of disaster for me reading-wise: as well as all the chaos of a new baby I’ve been trying to get an anthology tied down and finish a novel, both of which have stopped me reading quite as much as I normally would.

It’s also been a bit of an odd year book-wise. If 2009 was dominated by huge, unclassifiable books like 2666 (here, here and here)and The Kindly Ones, and unconventional and brilliant historical works such as The Children’s Book and Wolf Hall, 2010 has been marked by a series of interesting crossover titles like Justin Cronin’s The Passage.

It is however one of those years where I have no trouble picking a favourite, a privilege which goes to Lorrie Moore’s wonderful A Gate at the Stairs, a book which seems to me to cover much of the same territory as Jonathan Franzen’s Freedom but with considerably more elegance, wit and brevity (interestingly it’s also playing with some of the same tropes of the nineteenth century social novel Franzen deploys, and perhaps not coincidentally these moments are also the weakest in the book (except for the wonderful final line)). If you haven’t read it all I can say is do, immediately: it’s one of those rare books that left such an impression I found it difficult to read anyting else for weeks afterwards.

Besides A Gate at the Stairs, I loved Willy Vlautin’s Lean on Pete, a book of deceptive simplicity and considerable emotional impact and Sam Lipsyte’s gloriously scabrous The Ask. I also enjoyed Alice Munro’s Too Much Happiness (though I do wonder whether it’s as strong as a collection as Runaway), and was very impressed by Andrew Porter’s The Theory of Light and Matter, Karl Marlantes’ Vietnam epic, Matterhorn, Jennifer Egan’s A Visit from the Goon Squad and Graham Robb’s wonderfully chatty and intimate Parisians.

There’s also the elephant in the room of Freedom. I’ve wanted to write something for a while about the slightly hysterical desire to anoint Franzen some sort of literary demigod, a desire which seems to me misplaced: he’s a very good novelist but he’s no better than a number of others (Lorrie Moore, for instance, or Hilary Mantel). I now suspect that piece probably won’t get written, but I also think it’s difficult to talk about the novel without coming up against the sense this desire sets up an implicit demand one’s responses to the novel be strongly positive or strongly negative.

Mine are actually neither. I think parts of it are very good: unlike many people I particularly liked the excerpts from Patty’s memoir, and thought the sequence relating her parents’ response to her rape was a thing of genius: horrible and funny and appalling all at once. But I also felt the novel lost energy badly in the second half, a loss of energy that was reflected in an increasing slackness in the writing.

Part of the problem is that the sort of large social novel Franzen wants to write is very difficult to pull off these days without a pretty high degree of contrivance. But I was also struck by the fact that in many ways the bits of Freedom that don’t work are largely those where Franzen steps away from the sort of domestic comedy he excels at (interestingly I would have said almost the same thing about The Corrections).

Of course none of this is to say I didn’t like it, or that I didn’t think it was good: I did. It’s just that I don’t think it’s the work of luminous genius many others do (if you’d like to see what seems to me to be a very fair take on it I’d point you to Ron Charles’ hilarious video review for The Washington Post).

Closer to home my reading was distinguished more by what I didn’t read than what I did, but I was hugely impressed by both Brenda Walker’s Reading by Moonlight and Delia Falconer’s Sydney (just for the record Delia and Brenda are both friends, but I’d be praising the books whether that were the case or not) and I thought Kalinda Ashton’s The Danger Game was an impressive debut by a very interesting and highly engaged writer.

I also read a lot of SF, not all of which was new, out of which the real standouts were Paul McAuley’s Gardens of the Sun, his strangely beautiful hymn to the worlds orbiting Jupiter, Saturn and Neptune, Alastair Reynolds’ Revelation Space and Redemption Ark, a pair of books suffused by a sense of the inhuman immensity and hostility of space, and Margo Lanagan’s shimmeringly subversive fairy tale, Tender Morsels. On the graphic novel and comic front I finally got around to reading Warren Ellis’ entirely brilliant Planetary, a series that manages to reimagine the superhero comic from the ground up in much the way Watchmen did two and a half decades ago (though which, interestingly, is still rooted in the comics of yesteryear, suggesting the enervation Moore was responding to in Watchmen is no less real today.

There were also, of course, a number of books I violently didn’t like, or thought were wildly overrated, but rather than carp, I thought I’d throw it over to all of you and ask what your picks were, and why.

I didn’t get a chance to post at the time because I was away (which is also the explanation for my extended silence) but for those who are interested the new issue of The Australian Literary Review was published last Wednesday. As usual some of the highlights are available online, but given the discussion on this site a few weeks back about good and bad reviewing I’d particularly recommend Delia Falconer’s searching review of Jeff Sparrow’s new book, Killing: Misadventures in Violence, a piece which provides an extremely lucid example of the capacity of really good criticism to be both highly critical and highly engaged. I’m not sure it’s exactly the review Jeff would have wanted, but as a reader it makes me even more curious to read the book (anyone interested in another perspective might want to check out this interview with Jeff, or buy a copy from Readings).

Other highlights include Ronald A. Sharp’s essay about Alex Miller, the always-interesting George Megalogenis on The Slap, and Geordie Williamson’s thoughts about the ereader and its implications for literary culture.

The issue also contains my piece about vampires and vampire literature, a piece which grew out of a post I made months back about the discovery of a “vampire” in a mass grave in Venice earlier this year. I’ll let you read the piece for yourselves, but I will say it was one of those pieces where I went in with one view about the subject under discussion and came out with another entirely.

And, for anyone looking for yet more reading, I’d very much recommending checking out The Group. The brainchild of Larry Buttrose, The Group is a new online magazine which brings together the best writing from around the world. Curated by Larry, John Birmingham, Mark Mordue, Billy Marshall Stoneking and myself, each of  its monthly issues will feature a different guest editor, and will reflect their interests and ideas. Issue 1 is out now; you can subscribe via RSS or you can join on Facebook, which will allow you to receive information about upcoming issues etc.