Publication day for The Buried Ark! 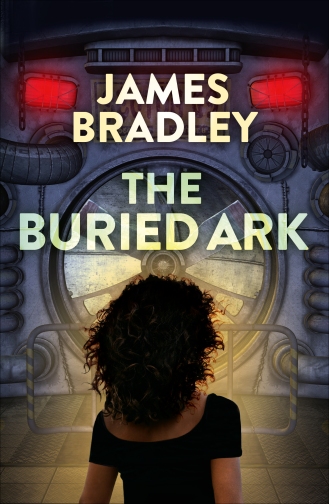 My latest novel, The Buried Ark, hits Australian bookstores today. It’s the second part of The Change Trilogy for young adults, and the sequel to last year’s The Silent Invasion.

The Buried Ark picks up immediately after the events at the end of The Silent Invasion. Callie has made it to the Zone, the region controlled by the alien presence of the Change, but only at the cost of everything she holds dear. Broken and alone she fights to survive in the alien landscape of the Zone, until a shocking discovery suggests a way of destroying the Change. Pursued by the Change she flees south again, only to find unexpected sanctuary in a secret installation known as the Ark. But the Ark is not quite what it seems, and before long Callie – and the entire planet – are in more danger than ever.

I’m really proud of it, and excited it’s finally in the world. When The Silent Invasion was published I said my plan was for each book in the trilogy to have a quite different focus and feel, so while The Silent Invasion is very intimate and closely focussed on the central characters and their journey north to the Zone, The Buried Ark would have global implications, and the final book would have a cosmic dimension.

I think – I hope – I’ve achieved that. The Buried Ark is bigger and more exciting than The Silent Invasion. But it’s also richer and stranger, and touches on a series of questions about the human and the inhuman, love and loss, and the weirdness and uncanniness of a world in which environmental change is dissolving the boundaries between us and the world we are destroying.

If you’re in Australia it’s available as an ebook, and at all good bookstores. Overseas readers should be able to buy it on Kindle. And if you’d like to read the first few chapters, they’re available on Wattpad (although don’t read them unless you’ve already read
The Silent Invasion, since they will ruin its ending). You can also read a little bit about how I came to write the series.

And just in case you’re wondering, the third book will be out next year.

Tags: The Buried Ark, The Change Trilogy, The Silent Invasion, Young Adult
From: Writing
← 2017: the year that was
On writing and not writing: depression, creation and fiction →
No comments yet