A Starbucks On Every Corner … 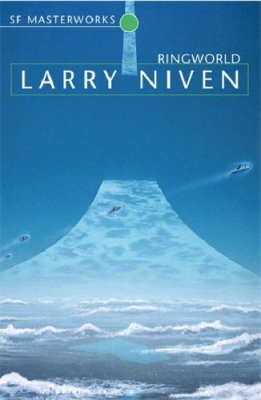 “In Munich he walked.

The air was warm and clean; it cleared some of the fumes from his head. He walked the brightly lighted slidewalks, adding his own pace to their own ten-miles-per-hour speed. It occurred to him that every city in the world had slidewalks, and that they all moved at ten miles per hour.

The thought was intolerable. Not new; just intolerable. Louis Wu saw how thoroughly Beirut resembled Munich and Resht … and San Francisco and Topeka and London and Amsterdam. The stores along the sidewalks sold the same products in all the cities of the world. These citizens who passed him tonight looked all alike, dressed all alike. Not Americans or Germans or Egyptians, but mere flatlanders.

In three and a half centuries the transfer booths had done this to the infinite variety of Earth. They covered the world in a net of instantaneous travel. The difference between Moskva and Sydney was a moment of time and a tenth-star coin. Inevitably the cities had blended over the centuries, until place-names were only relics of the past.

San Francisco and San Diego were the northern and southern ends of one sprawling coastal city. But how many people knew which end was which? Tanj few, these days.

But the blending of cities was real. Louis had watched it happen. All the irrationalities of place and time and custom, blending into one big rationality of City, worldwide, like a dull grey paste. Did anyone today speak deutsch, English, francais, espanol?  Everyone spoke Interworld. Style in body paints changed all at once, all over the world in one monstrous surge.”