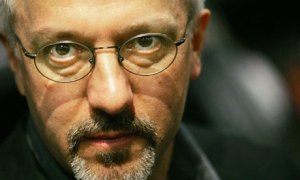 The big news overnight is the announcement of the longlist for this year’s Man Booker Prize. As usual it’s a mixed bag, with books by heavy-hitters such as Alan Hollinghurst rubbing shoulders with books by relative unknowns such as Esi Edugyan, but this year it’s also heavy on Canadians (Alison Pick, Patrick deWitt, Esi Edugyan) and debut novels (Stephen Kelman, A.D. Miller, Yvette Edwards and Patrick McGuiness). There are no Australians on the list.

I’ve only read a handful of the books on the list, so I’m not going to offer any organised views about it beyond saying that while it looks like an interesting and reasonably diverse selection of books, the proof, as always, will be in what kind of shortlist it shakes out into.

Of the books I have read, I’m pleased to see Sebastian Barry’s On Canaan’s Side has made the cut: I’m reviewing it for The Australian so I won’t go into too much detail, but I will say that while I’m not sure it’s quite as good as his extraordinary 2005 novel, A Long Long Way (if you haven’t read it do so, now) it’s a very fine novel. Likewise I’ve read part but not all of the Hollinghurst and while again I’m not convinced it has the urgency and unity of The Line of Beauty, it’s also very, very good. That said I reviewed Carol Birch’s Jamrach’s Menagerie, which is based on the wreck of the Whaleship Essex and was also longlisted for the Orange Prize, and while I like it, I’m a little surprised to see it turning up here, though that’s less because I don’t rate it as a book than because its brand of highly coloured, almost ecstatic historical fiction (think Golding rather than Mantel) seems a little at odds with the tone of the list as a whole.

Of the things I haven’t read I’ve heard uniformly terrific things about Julian Barnes’ The Sense of an Ending, and I’m interested to see Jane Rogers, a writer who has been more than a little neglected in recent years make the list with what sounds like a piece of dystopian science fiction.

As always the other question is what’s not been included. The books the media have noticed are missing are Graham Swift’s Wish You Were Here and Anne Enright’s The Forgotten Waltz. Of the two I’m unsurprised by the omission of the Swift, which I’ve reviewed for The Age, and while again I don’t want to preempt the review I will say is really quite bad. I’m more surprised about the Enright: while it’s not as striking or as urgent as either her short fiction or her 2007 Booker-winner, The Gathering, it’s a quite dazzling book at a textual and technical level, demonstrating not just great psychological and social acuity, but the marvellous combination of steeliness and orality that so distinguishes Enright’s prose. I’m also slightly surprised by the omission of Malcolm Knox’s The Life, which I assume was eligible for the prize, and should, all things being equal, have been in contention.

The other big omission is China Miéville’s Embassytown, which had been widely tipped to bring Miéville the mainstream recognition he so plainly deserves. I don’t want to revisit the genre vs literary argument here, but to my mind the failure to even longlist a novel as rich and prismatic as Embassytown says something about the narrowness of our literary culture.

I’m sure others can think of other SF and Fantasy books that perhaps should have been included, but I’d like to mention one in particular, which is Jo Walton’s Among Others. I have no idea whether it was even submitted, but if it wasn’t that seems a pity, since it’s both a wonderful novel and a book I suspect is likely to appeal to literary readers as much as it does to a segment of the SF and Fantasy readership. I’m planning to write something about it soon, so I won’t go on about it too much here, except to say I enjoyed it immensely, and it’s very definitely a book that deserves a wider readership.

Anyway, enough about me. You can read more about the list at The Guardian and The Independent (or anywhere, really), read the official announcement for more information about the prize and the judges, or find links to samples from the longlisted books on Galleycat. The shortlist is announced on Tuesday 6 September and the winner on Tuesday 18 October. The full longlist is below.

Update: Two more books I’m surprised aren’t on the list. The conclusion to Edward St Aubyn’s Melrose Trilogy, At Last, and my agent David Miller’s wonderful short novel about the death of Conrad, Today. I’m sure more will occur to me as the day goes on …