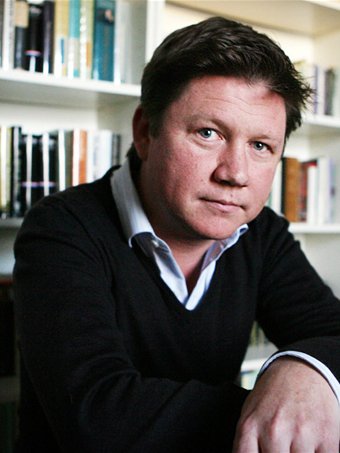 There may have been higher profile events at Sydney Writers’ Festival, but as far as I’m concerned the one I was most pleased to be a part of was last night’s Pascall Prize Ceremony, at which it was announced Geordie Williamson has won the 2011 Pascall Prize for Criticism.

As with last year’s decision to hand the Prize to Mark Mordue, it’s a decision that’s immensely pleasing on two levels. First and foremost it’s an excellent decision: Geordie is, without a doubt, one of – if not the – best critic working in Australia at the moment. Whether on radio, in print or in person he brings a level of erudition, generosity and eloquence to his subject which is incredibly rare, and which is complemented by his genuine and passionate belief in the importance of writing and literature. More importantly though, he’s one of those rare critics for whom everything holds interest and value: at the ceremony last night he spoke of his belief that criticism should be an open hand rather than a fist, words that seem to me to sum up a lot of what’s wonderful about his writing (and indeed about Geordie himself).

That generosity of spirit is also manifested in Geordie’s passion for Australian writing. As anybody who’s heard his regular spot on ABC 702 will know, he’s a tireless advocate for Australian writers and Australian writing, but he also works incredibly hard behind the scenes. In recent years he’s been a judge on the Vogel Award, the NSW Premier’s Awards (both of which are gigs which involve a huge amount of work for almost no remuneration) as well as appearing almost constantly at Festivals and other events around the country.

But last night’s decision was also incredibly satisfying because Geordie is one of my closest friends, and if there’s one thing better than people who deserve good things getting them, it’s people you know getting good things they deserve.

All of which is a roundabout way of saying I’m delighted, both for Geordie personally and more generally, and that I’m sure I’m not the only one. As the old saying goes, it couldn’t happen to a nicer guy (and I couldn’t be more pleased).

If by chance you’re not familiar with Geordie’s writing, it appears regularly in The Australian, but he also a Tumblr page, Forest of Dead Words, and you can follow him on Twitter.

Update: Geordie’s acceptance speech is now online. You can also read Mark Mordue’s speech and the Judges’ Report and a short piece by one of the judges, Damon Young, over at Damon’s blog Darkly Wise, Rudely Great (which if you don’t read, you should).

Tags: Geordie Williamson
From: Books
← “I wish he was my boyfriend . . .”
Metamorphoses →
No comments yet