What is it about men and bad sex? 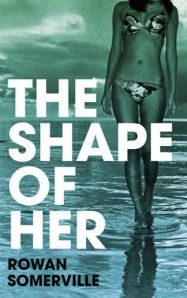 News this morning that relatively unknown Irish author Rowan Somerville is the winner of this year’s Bad Sex in Fiction Award for his novel, The Shape of Her, beating off stiff opposition (ooh-er) from a shortlist dominated by heavy-hitters like Jonathan Franzen and Christos Tsiolkas.

I’ll let others discuss the merits or otherwise of the various nominees; what interests me is the fact that the winner is a bloke. At one level that’s not a surprise, especially given the shortlist of eight included only one book by a woman, but it starts to look more striking when you glance down the list of writers who have won the award since it was inaugurated in 1993, and absorb the fact that of nineteen winners to date, only two have been women.

So what is it about men and bad sex? I’ve got a few ideas of my own but I’m guessing many of you have thoughts on the subject as well. Is it just the inherent sexism of the literary and cultural world on show in an amusing and ironic way? Or are men predisposed to write awful sex (or to put it more accurately, since most winners of the Bad Sex Award win for descriptions of what they think of as good sex, are men predisposed to write good sex badly?). And if they are, do women write it better? Or do they just avoid writing about it at all?