On the internet nobody knows you’re a dog 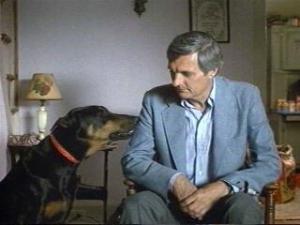 The other day I linked to Geordie Williamson’s piece in The Weekend Australian about Karen Andrews’ Miscellaneous Voices #1: Australian Blog Writing, a piece that’s excited considerable debate and a number of responses around the traps.

I have to confess to being a bit surprised by just how much the piece seems to have irritated people, not least because I thought it was genuinely trying to grapple with some issues about the way we think about blogging and its relationship to the literary. But as so often is the case, I also think the discussion that’s flowed out of the piece has been both interesting and illuminating (Lani at Cerebral Mum’s piece is particularly worth reading, as is the comments string from my original post).

That discussion has now spawned a terrific post by Jessica Au at Spike, which tries to approach some of the questions raised by Geordie’s piece, and developed in the arguments that followed, from slightly different directions. I think the piece is worth reading in its own right – if nothing else I think Jess’ reading of Geordie’s piece is probably closer to its actual intent than some others have been – but I’d also strongly recommend reading the comments string, which seems to me to be asking some interesting questions about the blogosphere’s often antagonistic relationship with the mainstream media (the links provided by Genevieve from Reeling and Writhing are definitely worth a look as well).

You might also want to check out Nigel Featherstone’s Canberra Times piece about blogging, ‘Bloggers unplugged’ which is now available over at Nigel’s Under the counter or a flutter in the dovecot, and features comments from Kerryn Goldsworthy, Charlotte Wood, Alec Patric, Sophie Cunningham and myself. I suspect there’s something to be made of the degree of consensus amongst the interviewees’ when it comes to questions about community, and the rather more divergent responses about why and how we approach it. Alec Patric at least has also posted the full text of his answers to Nigel’s questions on his blog; I may well do the same in the next few days, but given my schedule over the next couple of weeks I’m not going to make any wild promises.

And finally, I should mention Solid Gold Creativity’s thought bubble about why so many of the writers in Miscellaneous Voices have abandoned their online monikers for their real names. I’m not going to try and grapple with it here, but I suspect it’s a question with legs, especially in the light of the decision by several major news sites to disallow anonymous comments.

From: Blogging, Writing
← Ethical advice from a priest? Don’t make me laugh.
Is that a turkey in your pocket or are you just pleased to see me? →
2 Comments Post a comment