Ethical advice from a priest? Don’t make me laugh. 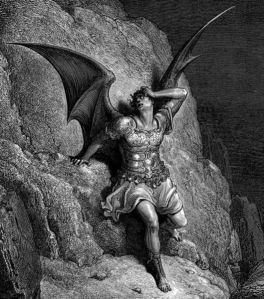 Satan realises Peter Jensen has seen through his evil scheme

Yesterday’s Sydney Morning Herald had a short piece about the decision of New South Wales Premier Kristina Keneally to allow the Archbishop of Sydney, Dr Peter Jensen, to “vet” the ethics course the NSW Government is considering introducing to NSW schools.

I’ve written before about my general irritation with the influence the Church continues to exercise over NSW politics, and just how unhealthy I think it is, but this is one of those stories that shits me in so many ways I hardly know where to begin.

Perhaps the best way though is with a quick bit of context. For reasons which are themselves difficult to understand, students in NSW public schools are expected to spend part of each week in religious education classes. My understanding is that these classes are offered on the basis of demand, or, to put it more simply, if there are a lot of Catholic kids at a school a priest comes in once a week, if there are a lot of Muslim kids a mullah is organised, etc etc.

That of course leaves open the question of what happens to kids whose religion isn’t catered for by a particular school (I’m guessing there aren’t a lot of Zoroastrians in the eastern suburbs, for instance) or kids whose parents are not religious.

The solution until very recently was that they did nothing. And by nothing I mean nothing. Not only is no alternative is offered, the system explicitly prohibits them from taking other classes or activities while the other kids are doing religion classes.

Not surprisingly, this has been a bone of contention for the parents of these children. And so in 2009 the NSW Minister for Education and Training Verity Firth agreed to trial an ethics course in ten schools, a move which was bitterly opposed by a number of churches and religious organisations.

So, where to begin? Perhaps with the fact that they’re still teaching religion in public schools in the first place, which, quite frankly, appalls me. Quite aside from the question of whether it’s an appropriate use of the already limited time available for actual education, it’s deeply inappropriate for public schools to be facilitating religious education. Schools are not the place for religious instruction: parents who want their kids to have a religious education should send them to a private school, or do it outside of school hours.  (I’d also be curious to know exactly what some of the more fundamental churches are teaching in these classes, not least since more than a few of them cleave to literal interpretations of the Bible).

Then there’s the notion that children whose parents are not religious, or who choose to opt out of the lessons, should be prohibited from doing something else in its place, which is just disgusting. Why should children of atheists be discriminated against? Because that’s really what this prohibition is about: the denial of education on the grounds of religion.

Of course discrimination is something the Church, and Peter Jensen in particular, knows more than a little about. He is, after all, the man who has spent most of the last decade trying to block the ordination of women and homosexuals, and who regards homosexuality as “not very different to something like alcoholism”.

Yet despite all this, Kristina Kenneally thinks he should be given input into the ethics course? Why? On what possible grounds? After all, I’m assuming atheists like myself aren’t about to be given the opportunity to have input into the classes run by Anglicans. And why Jensen and not the Catholics, or indeed representatives of the various Synagogues and Muslim organisations?

The answer, of course, is that religious organisations continue to exercise an unhealthy and largely unscrutinised degree of influence over our public life and institutions. A great deal is made of Tony Abbott’s Catholicism, but that debate mostly serves to obscure the fact there are any number of Labor politicians who allow religious figures considerable access, and the preparedness of figures such as John Howard and Peter Costello to play footsie with fundamentalist groups like the Exclusive Brethren and Catch the Fire.

But it also underlines exactly why we shouldn’t be allowing characters like Jensen to be involved in these processes. Because this is a man who is so intolerant of the beliefs of others that he’d deny children access to education because their parents’ beliefs differ from his own. Which says it all, really.

If you’d like to know more about the Ethics Course, which was designed by the philosopher Professor Phil Cam, from the  University of NSW, there are some FAQs and a couple of sample lessons available on the St James Centre website (in a slightly odd move the Centre has declined to post the full course for copyright reasons).

Tags: Education, Religion
From: Politics
← Willy Vlautin, Lean on Pete and the literary song
On the internet nobody knows you’re a dog →
9 Comments Post a comment