Revenge of the Doorstop

Now I don’t mean to carp, but what is it with 2009 and unreasonably fat books? It’s only May, and I’ve already had to wade my way through the 900-odd pages of 2666, the 1,000 (incredibly dense) pages of The Kindly Ones and the 600 or so of A.S. Byatt’s The Children’s Book. And this morning Hilary Mantel’s 600 page-plus Wolf Hall lands on my doorstep with an audible thud. Don’t these people have better things to do with their time? 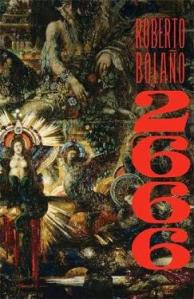 The Telegraph is reporting that two new novels have been found amongst the late Roberto Bolano’s papers. Reportedly entitled Diorama and The Troubles of the Real Police Officer, the two come hard on the heels of another unpublished novel, The Third Reich, which was made available at last year’s Frankfurt Book Fair.

Bolano would have to be one of the most improbable literary success stories of all time. Barely published at the time of his death in 2003, posthumous translations of Nazi Literature in the Americas, The Savage Detectives and most recently 2666 have seen him acclaimed as one of the leading lights of world literature, with 2666 winning this year’s National Book Critics’ Circle Award in the US, and becoming an international bestseller.

But what we’re to make of the suggestion that one of these new novels is a sixth part of the cycle of five novels that make up 2666 I’m not sure. Having read all five, and seen them as part of one whole, it’s difficult to imagine where or how another novel might fit in the sequence. Despite famously being unfinished at the time of his death, the work as it stands seems to have a sort of unity, particularly in the relationship of the fifth novel, The Part About Archimboldo (a work of genius in its own right) to the preceding four.

But is it possible my reading of it was conditioned by the belief the five parts were all there is? How different would another part make it? And what have I missed? And given the damn thing was 900 pages long to start with, does it really seem fair to suggest there might be more of it?

I’m working my way through the immense, amazing and completely exhilarating 2666 (more on that later) at the moment, but it seems Bolano might have been doing a little self-mythologizing of his own . . .

A Chilean Writer’s Fictions Might Include His Own Colorful Past