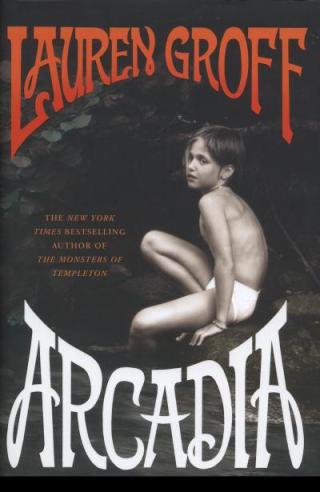 Although the literature concerned with imaginary utopias is extensive, the list of novels devoted to life in utopian communities is comparatively short, a fact that seems curious when one considers what perfect fictional fodder the slow dying of their dreams makes.

These dreams – and more particularly their persistence and their cost – are front and centre in Arcadia, American writer Lauren Groff’s second novel, which depicts the foundation, corruption and finally the dissolution and the aftermath of that dissolution of one such community.

The novel opens on a riverbank in upstate New York in 1968. While women wash laundry and sing by a river, a community gathers for the evening, their trucks and buses “circled like bison against the wind”, their leader saluting the sun from the top of the bus at the circle, naked children darting through the trees on the fringes of the camp.

It’s a beautiful scene, both because it captures not just the anti-industrial fantasies of its time so powerfully and because it contains within itself the contradictions that so often led to the dissolution of such communities – note that it is the women doing the washing – as well as a reminder in the form of the circled buses, and their echoes of the travels of the Mormons and other groups, of the persistence of the fantasies and dreams that drive such communities.

Yet it is given added power by the fact that for the child at its centre, Bit Stone, this scene is not and cannot be the memory it seems to be, having taken place some weeks before his birth. Instead it is something more like a foundational myth, a story “told by Arcadia until it became communal”, then told again to Bit until it “grew inside him to become Bit’s own”.

This sense of the power of stories was written deep into Groff’s debut, The Monsters of Templeton, as well. In that book – an often whimsical, sometimes profound novel featuring a giant dead monster in a lake – the questions it provoked were often playful, the various tragedies and disasters that litter the book notwithstanding. But in Arcadia the questions are deeper, and sadder, reflecting the fact that for Bit, a child born into the community, Arcadia – its people, its way of life – are not just an idea or a fantasy, but home.

This sense of loss pervades Arcadia, infecting not both the early sections focussed on Bit’s childhood and adolescence, but also the book’s second half, which takes place after Arcadia has been abandoned, and Bit has attempted to build a life in the outside world.

It is these latter sections that are the most striking. In part that is simply a function of the fact that they feel more substantial: for all that the early sections are powerfully evoked in the lush, intensely visual prose that is familiar both from The Monsters of Templeton and Groff’s short story collection, Delicate Edible Birds, the child’s-eye view of the increasingly fraught world of Arcadia occasionally resembles a parade of beautiful images more than a lived experience.

But it is also because the second half of the book, in particular the final section, which imagines Bit’s life in a 2018 marked by spreading environmental collapse and a SARS-like epidemic is so powerful.

Of course Groff is not the only writer working in a literary mode to have begun exploring representations of the near future in recent years, as the final sections of Jennifer Egan’s A Visit From the Goon Squad and Jane Rogers’ The Testament of Jessie Lamb demonstrate.

Usually this tendency is seen as emblematic of the increasingly porous nature of generic boundaries. Yet Arcadia suggests that porousness is as much symptom as cause. For this forward projection can also be seen as an attempt not just to use the toolbox of Science Fiction to represent what William Gibson has described as the “workaday level of cognitive dissonance we now take utterly for granted”, but as the expression of a deeper sense of anxiety and loss about the future fuelled by environmental crisis.

Groff is too skilled a writer to make this sort of anxiety explicit. Yet its presence, and the manner in which it projects the book’s deep sense of loss and longing forward as well as backwards lends the final pages of this beautifully poised novel not just expansiveness but grace.