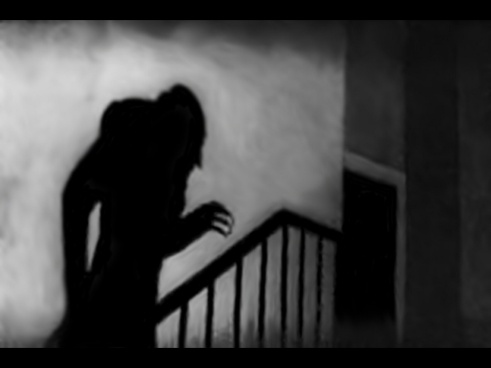 Some of you may be aware of the whole vegetable vampirism thing via Terry Pratchett, others may have come across it in reviews of Matthew Beresford’s rather delightful cultural history of the vampire, From Demons to Dracula: The Creation of the Modern Vampire Myth, but if not, it’s one of those backwaters of folklore studies that demonstrate the many shapes beliefs about vampires and the undead can assume.

The story was first recorded by the Serbian ethnographer, Tatomir Vukanović, in an article published in The Journal of the Gypsy Lore Society in 1957. The relevant section of the article reads:

“The belief in vampires of plant origin occurs among Gs. [Gypsies] who belong to the Mosl[em]. faith in KM [Kosovo-Metohija]. According to them there are only two plants which are regarded as likely to turn into vampires: pumpkins of every kind and watermelons. And the change takes place when they are ‘fighting one another.’ In Podrima and Prizrenski Podgor they consider this transformation occurs if these ground fruit have been kept for more than ten days: then the gathered pumpkins stir all by themselves and make a sound like ‘brrrl, brrrl, brrrl!’ and begin to shake themselves. It is also believed that sometimes a trace of blood can be seen on the pumpkin, and the Gs. then say it has become a vampire. These pumpkins and melons go round the houses, stables, and rooms at night, all by themselves, and do harm to people. But it is thought that they cannot do great damage to folk, so people are not very afraid of this kind of vampire.

“Among the Mosl. Gs. in the village of Pirani (also in Podrima) it is believed that if pumpkins are kept after Christmas they turn into vampires, while the Lešani Gs. think that this phenomenon occurs if a pumpkin used as a syphon, when ripe and dry, stays unopened for three years.

“Vampires of ground fruit origin are believed to have the same shape and appearance as the original plant.

“…The Gs. in KM. destroy pumpkins and melons which have become vampires … by plunging them into a pot of boiling water, which is then poured away, the ground fruit being afterwards scrubbed by a broom and then thrown away, and the broom burned.”

If you’d like to read the article in full (together with some more delightful stories about vampiric farming implements) there are scans of the relevant pages here, here, here, and here. Or you can read a piece I wrote about vampires a while back.

From: Uncategorized
← The Alien Within
Two of the most extraordinary things you’ll see this week →
No comments yet