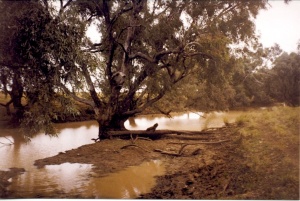 Given the turmoil of the last 36 hours, I’m guessing more than a few of you will have missed the fact that today marks the passing of one of Australia’s pioneering new media ventures, New Matilda.

Six years ago, when it began, I was pretty dismissive of New Matilda. It wasn’t that I didn’t think there was a place for a left-of-centre online magazine, but the early issues always seemed depressingly worthy to me. Whether I’d make the same judgement now I don’t know; what I do know is that over the last couple of years the magazine has really come into its own. Certainly if one wanted a demonstration of the way in which new media now consistently outclasses the old in terms of analysis and commentary, you couldn’t find a better example than Ben Eltham, a writer whose pieces have been distinguished by their clarity, intelligence and grasp of detail for some time. I’d say something similar about Jason Wilson, whose astringent commentary on media and politics has grown steadily sharper over the last couple of years.

That’s not to say I think the magazine was perfect. Charles Firth’s epitaph, ‘Why I Never Liked New Matilda’, overplays its hand, but he’s right to home in on how old-fashioned its model seems in 2010. It’s simply not possible for a website focussed on news and commentary to be as static as New Matilda. The continuing success of Crikey! demonstrates that it’s still possible to make the idea of discrete issues work, but Crikey! comes out daily, not weekly, and in the last couple of years their site has become a highly effective aggregator of other people’s content.

The problem is money. As Margaret Simons pointed out in a sobering piece on Crikey!, when it comes to converting eyes into dollars and cents new media suffers from precisely the same problems as old media. New media’s advocates tend to sneer derisively about the business model of the newspapers being broke, but the fact is we don’t have one to replace it.

That’s not to say there aren’t models out there. In the US several independent news outlets have developed viable businesses, some through mixtures of subscription and advertising, others by employing more innovative schemes (you’ll find a good precis of the situation in the US in Michael Massing’s pieces ‘The News About the Internet’ and ‘A New Horizon for the News’, both of which appeared in The New York Review of Books last year). And locally Crikey! seems to go from strength to strength. But the brutal reality is that we still don’t know how to make online media pay well enough to underwrite either quality or quantity.

It’s a problem that’s exacerbated by Australia’s relatively small population. Independent media outfits in the US have access to a market of close to 300 million people, to say nothing of the many in other countries who take interest in American affairs. Independent media in Australia has access to less than 10% of that number. That means that while costs are likely to be similar, potential revenue from advertising and other sources is only ever going to be a fraction of that available to similar operations overseas.

One solution might be to give away the notion that writers and commentators should be paid. Obviously I have a vested interest in this question, but I think there are good reasons not to give away the notion that writers should be paid for their work. That’s not to say the traditional nexus between word count and fee needs to be maintained. Indeed I’d suggest that by its nature a lot of what goes on in new media is better suited to payment on retainer.

The question then is one of revenue, or more accurately, funding. Like literary magazines, independent media, both online and in print, is usually at least partly underwritten by institutional and private benefactors. But that sort of money only goes so far, and beyond that the same old questions begin to intrude.

New Matilda’s editor, Marni Cordell, is making brave noises about rebuilding the magazine’s financial model from the ground up. I hope she succeeds. In the meantime I’d just like to salute her and her team for their work over the past few years, and say they’ll be missed.