I’m very excited to say the audio book edition of my Victorian Premier’s, Christina Stead and Aurealis Award-shortlisted novel Clade is now available through Audible in Australia, the UK and internationally. It’s read by Ian Bliss, and features a rather lovely new cover, so if you’ve been holding off reading it perhaps now’s the time to grab a copy.

And if audio books are your thing you might also want to check out the audio editions of The Resurrectionist, read by Stan Pretty (UK only), and Wrack, read by Humphrey Bower (Australia, UK and US).

Wrack now available as an ebook in Australia 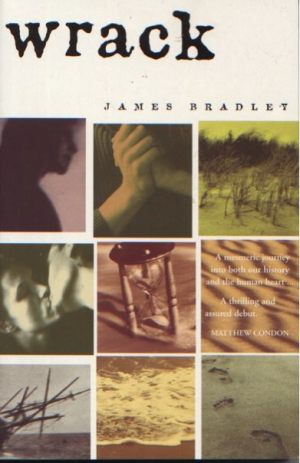 I’m thrilled to be able to say that as of today, my first novel, Wrack, is available as an ebook in Australia through Vintage. If you’d like to buy a copy you can pick it up for Kindle (via Amazon.com and Amazon.com.au), through the iBookstore, and on Kobo. If you’re in Australia and you’d rather read the print book you can check prices for that through Booko. Likewise if you’re in the UK you can check prices for the print book or pick up the ebook through Amazon and the iBookstore. And if you’re in the US or elsewhere you can pick up the print edition or the ebook. And there’s also an award-winning audio edition read by Humphrey Bower.

For those who haven’t read it, it’s set in Sydney, Singapore and the NSW south coast during World War 2, and is about maps and murder and love and obsession (you can read more here).

It’s taken almost fifteen years, but my first novel, Wrack, about Portuguese navigators has finally been published in Portugal. Which seems sort of lovely, given how many other places it’s already been published. Now I just need Random House Australia to include it in their super-sexy, super-cheap Vintage Classics imprint . . .

You can buy a copy of Destroços from fnac, read an excerpt in Portuguese on the Presenca site, or chase up a copy of the Australian edition, the UK edition or the award-winning audio edition read by Humphrey Bower. And there’s more information, including links to reviews etc on my Books page.

Just a quick note to say congratulations to Humphrey Bower for being chosen as one of US Audiofile Magazine’s Best Voices of 2009 for his work on the Audio Book of my first novel, Wrack, produced by Australia’s Bolinda Publishing. Perth-based Humphrey, who’s built quite a reputation in recent years for his work voicing novels by Sonya Hartnett, Gregory Roberts and Tim Winton, also works as an actor and director on stage and screen (anyone who was watching John Safran’s Race Relations over recent weeks may have caught him in episode 3 as Rabbi Packouz) and voiced the Audio Book of my third novel, The Resurrectionist, back in 2007 (if you’d like to know more about Humphrey there’s a bio at Audiofile).

I suspect the world of Audio Books isn’t one that intrudes into many people’s lives, but it’s an incredibly important industry. My grandmother began to lose her sight in her 70s, and was basically blind for most of the last decade of her life. I’m not sure she was a great reader before she lost her sight, but once it was gone she found great solace in Audio Books, even though, as the years went on, her hearing became worse and worse.

Looking back, I wish one of my books had been recorded in time for her to listen to it. I’m not sure she would have enjoyed it particularly, but I think it would have meant a lot to her, and it would certainly have meant a lot to me. So while I’m congratulating Humphrey, and Bolinda, I’d like to extend a larger thank you to the Audio Book industry in general for all their efforts. I don’t know much about the economics of it but I’m pretty certain publishing Audio Books in Australia faces all the same challenges the Australian publishing industry in general faces, only more so, which makes their work all the more praiseworthy.

If you’re interested you can listen to a sample of Humphrey’s recording of Wrack here, and of The Resurrectionist here (for what it’s worth I particularly like his work on Wrack).