On writing and not writing: depression, creation and fiction 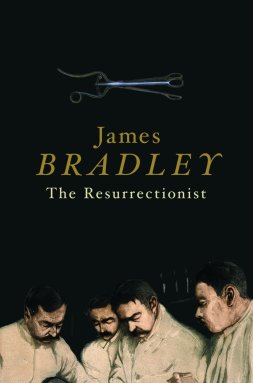 About fifteen years ago, when I was working The Resurrectionist, Ivor Indyk from Giramondo Publishing approached me and asked me whether I’d be interested in writing a piece about my work in progress for Heat. Although the book was slowly moving toward completion it had been an incredibly difficult process, both emotionally and creatively, and at first I wasn’t sure whether I really wanted to open up about how hard it had been. Eventually I decided I would, but in the process I found myself having to think about a whole series of questions about the way I worked, what I thought fiction did, and the ways in which my experiences with depression had shaped both the book and my life and work more generally.

I hadn’t thought about the piece for a long time, but recently I found myself going back to it after somebody asked me whether I’d ever written about process. Reading it again was surprisingly difficult – many of the feelings and experiences it discusses are ones I have no desire to revisit. But simultaneously I was struck by how little had changed, especially in regard to the mysteriousness of the actual process of writing:

“Novels – or at least the ones I am able to write – always seem to me to be curiously fragmentary things, at once prismatic and elusive. These pieces, these fragments, are part of a pattern, and they take their meaning from the whole, even as they reflect the whole within themselves. Finding these pieces, fitting them together, is not so much an act of creation as one of uncovering, of giving voice to something that is already there. This thing, the unwritten book, is like a potential, and to find it you need to learn to give way to the lines of force within it, the invisible tensions and attractors which give it its shape.”

I’ve now uploaded the piece. Although I don’t discuss it explicitly a lot of the piece is about depression, a subject I explored more fully in my essay ‘Never Real and Always True’. And if you’d like to read more by me about how I write, I recommend Charlotte Wood’s fantastic collection of interviews with writers, The Writer’s Room, or my interview with Catriona Menzies-Pike in Sydney Review of Books.

Birds and Sharks and Peter Craven 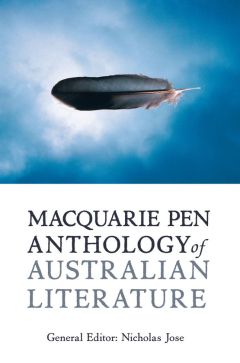 I’ve got pieces in the September issues of The Monthly and Australian Book Review, both of which are out today (and neither of which, sadly, are online). At first glance there’s not a lot to connect them – the Monthly piece is about the trip I took in late June to go diving with whale sharks at Ningaloo, while the Australian Book Review piece is a review of Jeremy Mynott’s delightfully omnivorous book about birds and birdwatching, Birdscapes

– but in a way they’re not as disparate as they sound, since both are interested in the question of what we see when we look at animals, and the social context of that observation.

The September issue of Australian Book Review also boasts Peter Craven’s review of the Macquarie PEN Anthology of Australian Literature. To call it a bracing critique is an understatement; it reads more like the critical equivalent of a hand grenade, pointing out omissions, rubbishing the selection and questioning the logic of the anthology’s interaction with what Craven regards as the Australian canon.

I think it’s probably worth pointing out that Craven has long been a champion of the Australian modernist canon, and at least part of his irritation with the collection seems to be a function of his view that this significant part of Australian literary history is not dealt with in a manner which reflects its richness or its diversity. But it’s his criticisms of the anthology’s treatment of Aboriginal writers and writing which are likely to attract the most attention:

“This leaves the final glaring failure of the PEN anthology. It overflows with Aboriginal writing, much of which has no literary value whatever. This is inexplicable, given the availability of the Macquarie PEN Anthology of Aboriginal Writing, of which this collection is a ‘different configuration”. It is hard to see what can have possessed the editors . . . to publish reams and reams of everything from Bennelong’s letter to speeches by Marcia Langton – and every kind of doggerel and naive bit of memoir besides . . . The sheer quantity of Aboriginal writing included in the volume – much of it devoid of literary quality or even literary ambition – is an egregious mistake. It diminishes the importance of Aboriginal culture and obscures the work of serious black writers, such as Alexis Wright, who now constitute a tiny fraction of the whole.”

Not having read the collection in any great detail myself, I don’t feel in a position to comment, but I would say two things. The first is that I feel for the editors, who have, beyond a doubt, taken on a thankless task. As someone who’s edited anthologies before, and is in the early stages of another one at the moment, I know how incredibly difficult it is to satisfy everyone, and there’s no doubt that problem is all the more acute when the collection in question is supposed to be representative of something as vexed as a national literature. The second is to register the fact that Craven’s criticisms, while made from a quite different ideological perspective, echo those made by Ivor Indyk in the Australian Literary Review, who also questioned the collection’s decision to include political speeches and similar works at the expense of writers such as Ruth Park and Dal Stivens, before going on to argue:

“I am happy to embrace the possibility that any kind of writing could have literary qualities but there is a danger here: if, out of a sense of crisis, you include in an anthology of Australian literature all that you think is necessary for its appreciation, then the entity itself might easily go from a state of threatened non-existence to a state in which it included so much that it ceased to be an entity at all.”

Kerryn Goldsworthy, who edited the post-1950 fiction for the collection, has responded to the criticisms Indyk made in the same piece about the under-representation of migrant writers over at Still Life with Cat, but it seems to me that both Indyk and Craven are, in slightly different ways, touching upon a real question about how we define literature in this context. Is Robert Menzies’ ‘Forgotten People’ speech (which is in the collection) literature? No? The what about Ned Kelly and Dan Byrne’s Jerilderie Letter? That seems less problematic at first blush, though Indyk at least finds it a “murderous and . . . maniacal rant”, and compares it to Mein Kampf. And including a petitioner letter of this sort also seems to immediately open the door to the body of similar works by Aboriginal writers, which Craven at least regards as possessing dubious literary merit.

Part of the problem is adopting a position where the notion of “literature” is something that needs defending from the non-literary, since doing so immediately creates a sense of crisis and embattlement.  Yet once that distinction is given away, the emphasis in the title of such a collection quickly falls upon the “Australian”, and the question Indyk poses above becomes particularly acute. My sense (on a pretty cursory read, it must be said) is that the editors have attempted to straddle this divide, presenting a range of writing which seeks to offer a glimpse of the textures and variousness of the Australian experience, and its processing into collective and individual consciousness.

Whether they’ve been successful at this or not is an open question. Indyk and Craven think not, others are more positive. But it seems to me they’ve made the right decision in principle by giving away strict definitions of the “literary”. Because while managing the diversity and competing demands for attention such a decision throws up creates a whole range of new problems, it also opens our minds to just how many ways there are of being Australian, and of the complexities of experience that simple term too often obscures or denies. Does that create an implicit demand that Australian literature be concerned with Australia, or Australians or Australian experience? Probably. Is that appropriate? Perhaps, perhaps not, though as The Man Who Loved Children demonstrates that’s hardly a new problem. But what does matter is that the collection offer something complex and multi-dimensional enough to accommodate the often competing voices with which we speak, and – perhaps just as importantly – to offer a sense of the context out of which these voices speak. 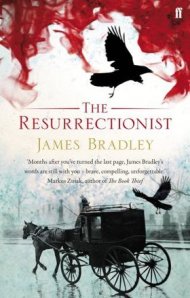 Just a quick note to let you know that if you’re at a loose end on Sunday, I’ll be speaking alongside Malcolm Knox, Mireille Juchau and Ivor Indyk on a panel called ‘Desperate Characters: Character writing in extremis‘ at the Contemporary Writers Festival in Sydney.

The panel is at 11:30, and full details of the program are available on the NSW Writers Centre website if you’d like to make a day of it.

The Contemporary Writers Festival is a joint initiative of the NSW Writers Centre and the UTS Centre for New Writing.