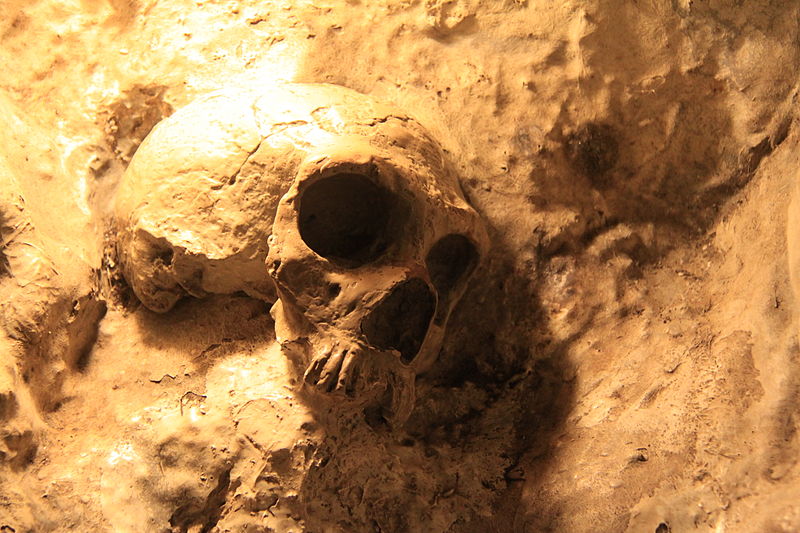 I’m planning to do a round-up of my favourite books of the past year later in the week, but before I do I thought I might just pull together a list of a few things of my own over the past twelve months.

The most significant, obviously, was the publication of The Buried Ark in June. The second part of my Change Trilogy, it picks up immediately after the events at the end of the first book in the series, The Silent Invasion, which was published in 2017.

Because of the way it begins, it’s a little difficult to talk too much about it without spoiling the first book, but I’m really proud of it, not least because I think it manages to avoid the second book sag that afflicts so many trilogies. It’s also had some fantastic responses from readers and great reviews from people such as Ian Mond in Locus and Cameron Woodhead in the Fairfax papers.

The latest issue of Island, No 155, which was published just last week, also includes a story of mine, ‘High Country’. It’s available by subscription or in good bookstores.

I also published quite a bit of non-fiction, perhaps most notably my Walkley-nominated, ‘The End of the Oceans’, which was in the August issue of The Monthly, and ‘An Ocean and an Instant’, a long and very personal essay about Adelaide, extinction and the death of my father for Sydney Review of Books’ New Nature series. These were complemented by‘A Family of Disguises’, a long review of Michael Ondaatje’s Warlight.

In addition to these longer pieces I did a lot of reviewing. Some of the highlights of that include Joy McCann’s wonderful history of the Southern Ocean, Wild Sea, climate scientist Joelle Gergis’ excellent Sunburnt Country: The History and Future of Climate Change in Australia, Ryan O’Neill’s wildly entertaining and incredibly inventive Their Brilliant Careers, Christopher Priest’s deeply strange An American Story, Jock Serong’s terrific historical thriller, Preservation, and Micheline Jenner’s The Secret Life of Whales Eelco Rohling’s The Oceans: A Deep History and Jeff Goodell’s The Water Will Come: Rising Seas, Sinking Cities and the Remaking of the Civilised World. And although it wasn’t reviewing exactly, I was lucky enough to be asked to write about Sydney’s inner west for a wonderful feature about Sydney in summer for the Herald.

Mostly though, I’ve been working on a series of projects that won’t see the light of day for some time. The first is the final book of The Change Trilogy, A Vastness of Stars, which will be published late next year. It’s the most ambitious, the most cosmic and the most challenging of the three, but I’m really excited about it.

The second is my new novel, Ghost Species, which will be published by Penguin Random House in March 2020. I’ll talk about it some more a bit closer to the time, but it’s about time and loss and extinction and de-extinction, and I think it’s strange and beautiful and very timely, so I’m very much looking forward to people reading it. 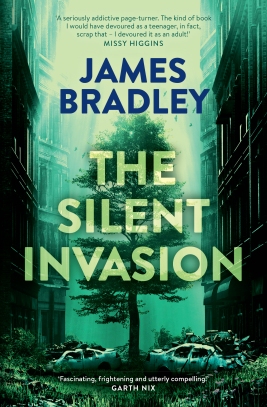 Because I’ve had my head down for a lot of this year I haven’t had much time for posting, but since it’s almost the new year I thought I might pull together some links and news.

The big news for this year was obviously the publication of my first YA novel, The Silent Invasion, which was released in Australia in April. It’s done well so far – it topped the bestseller lists in August and it’s just been longlisted for the Indie Awards (something I’m particularly thrilled about) – which has been great, especially since the second book in the series, The Buried Ark, will be out in April. If you’d like to know more about the series I wrote a piece about the inspiration for it to coincide with the publication of The Silent Invasion.

The other big news was the international publication of Clade by Titan Books in September. It’s had lovely reviews in various places, not least The Guardian and SFX, and I’ve done a number of interviews about it, most significantly for the fabulous Eco-Fiction and the Chicago Review of Books. I also did a long interview about climate change and fiction for Five Books, something that was doubly wonderful because I love the site so much (if you’ve never seen it I urge you to check it out: it’s an extraordinary resource).

I also published The Death of Neutrino Man, a comic I created with artist Melanie Cook from a script I wrote a couple of years ago as part of a project sponsored by iF Book (an experience I wrote about at the time). You can buy it for 99c at Comixology or read it online for free. I’ve got a couple of other comic projects cooking away, so hopefully there will be more soon.

On the non-fiction front I wrote a couple of longer things, most notably a review essay of Jeff Vandermeer’s Borne and a piece about the place of fiction in the Anthropocene, both of which were published on Sydney Review of Books. I also wrote about fish intelligence in The Monthly, which I’m delighted to say was shortlisted for the Bragg Prize for Science Writing and has recently been republished as part of Michael Slezak’s excellent Best Australian Science Writing 2017 (which would make an excellent Christmas present). And just a few weeks ago I published another ocean-themed piece in The Monthly, this time about the kelp forests of Australia’s other reef, the Great Southern Reef. And finally I’ve just written an appreciation of Paul McCartney’s post-Beatles career for The Neighbourhood Paper.

I’ll have more news about future projects, in particular The Buried Ark and my new adult novel in the new year. In the meantime I wish you all a very happy holiday season and all the best for 2018.

It’s Sunday morning and I’m sitting on the beach beside the steel gantries and fuel tanks of Botany Bay’s container terminal watching my kids build a sandcastle by the water’s edge, a structure that keeps collapsing because the waves keep hitting it. But what I can’t get out of my head is the section of Kim Stanley Robinson’s new novel, New York 2140, I read this morning, in which an unnamed narrator offers an imaginary account of the first sudden sea level rise in the 2040s. It’s a possibility I’ve also imagined in Ghost Species, the adult novel I’m writing (although mine is done from a more personal, experiential perspective), but simultaneously it’s a scenario that no matter how difficult it is for us to comprehend is now pretty much assured even if we do get emissions under control (as Elizabeth Kolbert wrote recently, “once feedbacks take over, the climate can change quickly, and it can change radically … It’s likely that the “floodgates” are already open, and that large sections of Greenland and Antarctica are fated to melt. It’s just the ice in front of us that’s still frozen”). All of which means this beach, a lot of this city, most coastal habitats, mangroves and reefs and, I suspect, much of our world, are all already lost, swept away by the ocean, like the bathetically symbolic sandcastle my kids are trying to build against the backdrop of the engine of global trade. Is there a word for his prospective grief, this knowledge nothing here will remain? For all the species and ecosystems that still linger, although they are already lost? For the way I feel when I watch my kids, and know that however safe the world they inhabit seems the future holds dislocation and disaster, or for my own uncertainty about what I should be teaching them? In his book Orison for a Curlew the writer Horatio Clare talks about Greece’s economic ruin being a cenotaph for our society, I wonder whether this moment might be another.