Even Superman gets remaindered 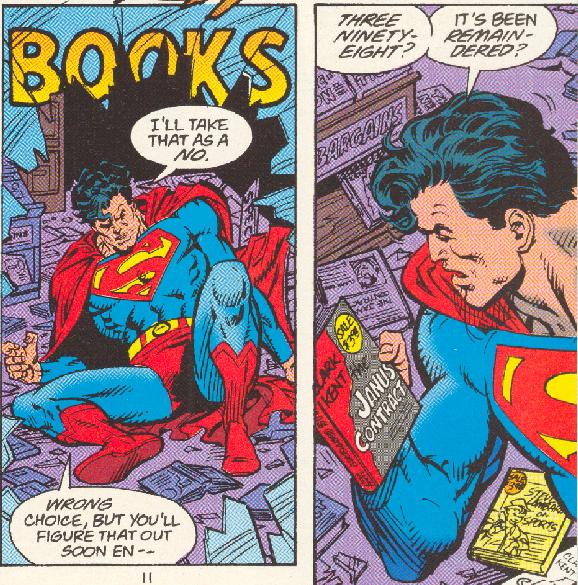 Beauty’s Sister out in paperback today! 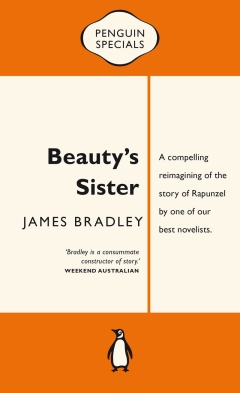 I’m delighted to say my novelette, Beauty’s Sister, which was published as a digital-only Penguin Special last year is now available as a nifty orange Penguin paperback. You can see the rather lovely cover on the right (I know it’s been said before, but the orange Penguin livery is one of the truly great pieces of design), and if you’re in Australia you should also be able to buy it at your local bricks and mortar bookshop (elsewhere you’ll have to check out online retailers or buy it in digital form for  Kindle, iBooks,Google Play, or Kobo (or for Kindle in the UK)).

As the blurb below explains, ‘Beauty’s Sister’ is a reworking of ‘Rapunzel’, but along with ‘Catspaw, or The Rakshasa’s Servant’, it’s also one of a series of “tales” I’ve been working on over the past year or two. At some point they’ll hopefully form a cycle of some kind, but for now I’m just enjoying exploring the things they let me do with magic and fables.

Anyway, the blurb is below. If you’d like to buy a copy check out your local bookshop or take a look on Booko. And as I said above, if paper is no longer your thing you can also buy it for for Kindle, iBooks,Google Play, or Kobo (and for Kindle in the UK)).

“A story of jealousy, passion and power, Beauty’s Sister is a dark and gripping reimagining of one of our oldest tales, Rapunzel, from acclaimed novelist James Bradley.”“Juniper, living deep in the forest with her parents, is stunned to discover that the beautiful girl living isolated in a nearby tower is her sister. When the two girls meet, what begins as a fascination and a friendship ultimately develops into something truly sinister.

I hope you like it. I’m thrilled it’s now in paperback. 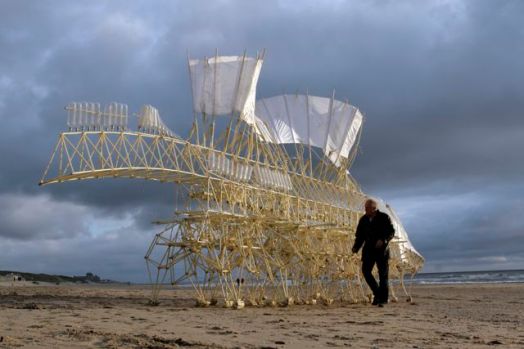 I have to thank Sean Williams for alerting me to this video about the astonishingly beautiful work of Dutch sculptor, Theo Jansen. Called Strandbeest (Stranbeests? Strandbeesten?) they are crafted from plastic piping and walk and move using systems of sails to harness the wind.

Even on video they’re extraordinary things: marvellously intricate, improbable, strangely weightless, but what really fascinates me about them is the quality Jansen himself is alert to, which is the way their motion and delicate skeletal structures seem to elide the boundary between the biological and the mechanical. Nor is this just a matter of appearance: Jansen designs them using  a computer program that utilises genetic algorithms to improve their design and selectively “breeds” them to improve their performance. Little wonder that as they shimmer along the beach it’s so easy to believe you’re seeing some form of alien life possessed of its own presence and purpose.

This quality is also present in many of the creations of roboticists at places like M.I.T. (or this robotic pack mule designed for use in Afghanistan and other mountainous areas (and indeed drones like the ones featured in the final moments of the same video)), and, in rather different form in the work of artists such as Patricia Piccinini (whose bizarre Skywhale has been hovering over Canberra for the past week or so) and Miyo Ando’s beautiful work with bioluminescence, all of which seek to grapple with the way the once clear divisions between life and non-life, biological and artificial are breaking down (interestingly Jansen’s creatures are created from plastic tubing, itself, and artificial substance made from organic compounds). These are questions I’ve been thinking about a lot lately, partly because the novel I’m working on is set across the next century, and is very much concerned with many of these questions and the intersecting notion of the Anthropocene (as was my Aurealis Award-shortlisted story, ‘Visitors’), partly because I’m hoping to write something rather longer on the subject later in the year. But in the meantime you should take the time to watch the videos below, and to visit Jansen’s website, which has more information about him and the project. 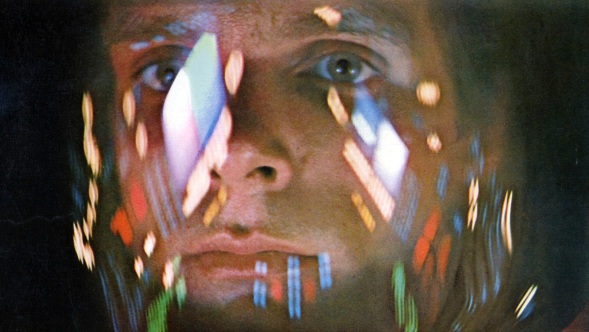 I’m 46 tomorrow. Perhaps because of that I’ve spent a lot of the past couple of years working my way back through a lot of the books and music I loved as an adolescent. For the most part that’s been a fascinating and often genuinely exciting process: rediscovering The Beatles after 25 years was magical, as was working my way through the backlists of New Wave writers such as Robert Silverberg (if you haven’t read Downward to the Earth, run don’t walk).

But one of the most unexpected – and joyous – moments was watching Stanley Kubrick’s 2001: A Space Odyssey again as research for a piece for The Australian.

Like many people I’ve seen 2001 a number of times, and each time it’s been a different film. The first time, as a 13 year-old in Adelaide in 1980, I found it majestic but baffling, the second, in my late teens it seemed dated and odd, the third, about 15 years ago (when I sat next to George Miller at the Cremorne Orpheum) I thought it was a boring and portentous exercise in 1960s faux-profundity.

Yet this time (or times, actually, since I ended up watching it three times) I found myself transfixed and astonished, right from the first moments. As I half-understood 15 years ago what I was seeing was very much an artefact of its times, but it was also much, much more than that. The music, the imagery, the strange plasticity of the environments, Keir Dullea’s brilliantly minimal performance, the wonderful, nested imagery of eyes and observation, Ligeti’s shimmering music, all seemed part of a seamless whole. Even the pacing, which I had mistaken for an exercise in Kubrickian perversity seemed visionary, an attempt to push past everything we know about the rhythms of cinema and demand we see again (to be honest I suspect the pacing is also Kubrickian perversity, but the two aren’t mutually exclusive). And although I’ve mentioned its effect on films like Prometheus before, it was also startling to be reminded how deeply it has influenced science fiction film and television over the past four and a half decades.

All of which is a long-winded way introduction to my piece about the film, which I’ve just posted in the Non-Fiction section. You can read a little bit below, alternatively just hop over and read the whole thing.

And since I’ve completely failed to write the piece I meant to write about David Bowie’s The Next Day I’m going to take a moment and point you to the Bowie2001 project, which mixes footage from the film with remixed version of a series of classic Bowie tracks. You can download the remixed tracks, the mixtape or torrent the movie from the Bowie2001 website. Alternatively I highly recommend Rick Moody’s encyclopaedic article about The Next Day.

And here’s the introduction to the piece itself:

“Even 45 years after its release it is difficult to know what to make of Stanley Kubrick’s 2001. Is it, as polls such as Sight & Sound’s recent survey of the greatest films of all time declared, one of the most important cinematic works ever created? Or is it, as Pauline Kael, who described it as ‘monumentally unimaginative’, and Rock Hudson – who surely spoke for a great many when he leapt to his feet at one early screening and demanded ‘Will somebody tell me what the hell this is about?’ – believed, a baffling, over-long exercise in directorial hubris?

“The answer, of course, is that it is both. Stretching from the dawn of time to (what was then) the future, from the Earth to the moons of Jupiter and (as the title of its dialogue-free fifth and final section, asserts) ‘Beyond the Infinite’, it is a film that demands the viewer give away many of their assumptions about what they are watching and how to watch it, to surrender themselves to its rhythms and its mysteries. It is a point Kubrick himself made in an interview at the time of the film’s release, when he  ‘You’re free to speculate as you wish about the philosophical and allegorical meaning of the film – and such speculation is one indication that it has succeeded in gripping the audience at a deep level – but I don’t want to spell out a verbal road map for 2001 that every viewer will feel obligated to pursue or else fear he’s missed the point.'” Read more …

And finally, here’s the extraordinary scene in which the Monolith on the Moon communicates with its twin in orbit around Jupiter.

Catspaw, or The Rakshasa’s Servant 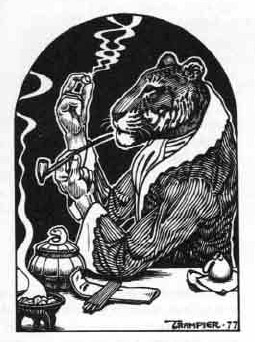 Just a quick note to say I’ve got a story in the May issue of Aurealis, which hits the interwebs today. Entitled ‘Catspaw, or The Rakshasa’s Servant’, it’s basically a contemporary folk tale, and was inspired by a post on Lev Grossman’s blog which reproduced the image on the right, an image that will be immediately recognisable to anybody who played Advanced Dungeons and Dragons in the 1980s (next up, a story called ‘The Unbearable Squareness of Gelatinous Cubes’).

Anyway, you can purchase Aurealis from Smashwords for AU$2.99, which seems an absolute bargain for a story that features duelling shapeshifting tiger demons. And which is really a tribute to my many years as a devoted player of role-playing games.